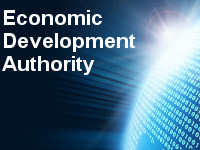 Max Stoner, Chairman called the meeting of the Lower Allen Township Development Authority to order at 6:08pm and announced Proof of Publication was available for review.

Mark O’Shea was absent with excuse.

Mr. EBY made a motion to approve the minutes of the June 1, 2021 special meeting. Mr. BLACK seconded the motion. Motion carried, 4-0.

Mrs. Trone explained this is just a slight change to the scope of work for two design changes.

Mr. EBY made a motion to authorize scope of work change order dated June 17, 2021 from KD3 Design Studio pertaining to design changes to accommodate changes in the tenant space sizes.                               Mr. MARONE seconded the motion. Mr. Eby stated to add a note as follows: for permit purposes this will be reviewed as a change so that we don’t get down to the final inspection and have an issue. Motion carried, 4-0.

Mr. Black stated he would be much more comfortable with a cost on the change orders; Mrs. Trone explained she believes this is under the scope of work for the contract for construction administration. Discussion ensued on change order process.

The Regular Meeting of the Development Authority reconvened @ 6:57pm.

Mr. MARONE made a motion to authorize payment of invoice from Campbell Real Estate regarding the one-third of the commission for $70,448.40 related to the commission of the specialty grocer previously agreed upon. Seconded by Mr. BLACK.  Motion carried, 4-0.

The next meeting of the Development Authority is scheduled for Monday July 19, 2021 at 6:00pm.