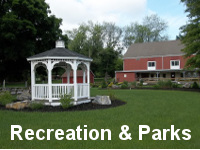 Mr. Mahon called the February 25, 2015 Regular Meeting of the Recreation and Parks Board to order at 7:00 pm.

APPROVAL OF MEETING MINUTES
Ms. PARRY made a motion to approve the amended minutes from the January 28, 2015 meeting. Mr. PELLES seconded the motion. Motion carried 7-0.

PUBLIC COMMENT:
Highland Estates
There were no public comments. Mrs. Paul stated the requested water fountain was not in the 2015 budget for the park.

LIAISON REPORT – COMMISSIONER H. EDWARD BLACK
Commissioner Black was not present at the meeting and there was no liaison report.

RECREATION AND PARKS STAFF REPORT/ACTIVITIES REPORT
Mrs. Paul discussed the following activities from her monthly memo:
• Easter Egg Hunt – March 28th. Update on donations. She stated the following donations were received:
• Coupons from Burger King.
• Candy from Hershey Foods.
• Eggs with stickers from Metro Bank.
• Coupons and coloring books from Subway.
• Eggs with candy from Texas Roadhouse.
• Walmart and Sweet Frog – she was waiting to hear back from her request.
• The Township is applying for a Dr. Pepper Snapple/Keep America Beautiful grant in hopes of purchasing recycling containers for the parks.
• Pavilion roof at Cedar Spring Run Park is finished and work continues to take place at the park

OLD BUSINESS
Gardeners Gathering
Ms. Parry discussed the flyer for the Gathering. She stated an email has been sent to PA American Water Company for donations. She spoke about the work needed for the rain garden session and the plants to be replaced. She spoke about sending donation letter to Highland Gardens for the event. Mr. Mahon, Mrs. Kohr, Mr. Duncanson, Mr. Grove and Mrs. Paul volunteered to help in this event. Discussion ensued.

Easter Egg Hunt
Mrs. Paul stated the girl scouts are going to help fill the eggs with candy on March 24 & 26th from 6:30-8:30 pm at the Barn if anyone would like to help. She ordered items for the goodie bags for the event. Mr. Duncanson will serve as the Easter Bunny unless Mr. Kaiser’s daughter is willing. Ms. Parry has two volunteers to help her on the upper level for the event. Mr. Grove will help with the 4-6 year olds. Mr. Pelles will help with the 7-10 year olds. Mrs. Paul asked volunteers arrive at 8:45am the day of the event. She stated flyers are being handed out or posted in the community. Discussion ensued.

ADJOURN
The Regular Meeting of the Recreation and Parks Board adjourned at 7:30 pm.