Register for alerts and submit tips

The Lower Allen Township Police Department has an authorized sworn compliment of 24 officers.  The department also has 2 full time and 1 part-time records personnel, several Community Service Officers, and 1 full-time evidence technician.  The department has a coverage area of approximately 10.5 square miles with a resident population of over 18,000 and handles in excess of 14,000 calls for service annually.  Lower Allen Township is a suburb of Harrisburg, the State Capital and a crossroads for several interstate highways serving Harrisburg, Baltimore, Washington and Philadelphia areas.

Formed in 1948, when the township was a Township of the Second Class, William Shay was appointed as a Township Police Officer.  Shay was paid $175.00.  The Supervisor’s minutes of November 14, 1949 contain the first mention of a Police Pension Fund with a balance of $191.04 and a monthly contribution of $1.04 per month.  On January 2, 1951, the Township increased the Police Department work day from 6 to 8 hours at a rate of $1.00 per hour.  On March 2, 1953 William Shay was referred to as Chief of Police.  However, the minutes of October 5, 1953 show Shay being promoted to Chief.  A second officer Fred T. Long was hired for 6 hours per day at $1.15 per hour.  The Board of Supervisors also instructed Chief Shay to “look into” a police station.  Beginning on January 4, 1954 all further meetings of the Board of Supervisors were held at the Police Station, in the rear of 1714 Hummel Ave.  At a June 22, 1954 Special Meeting of the Board, L.B. Smith Ford was awarded the bid for a new police car at a cost of $2,272.86, less $1,496.76 trade in on a 1952 Ford.  At the July meeting, a discussion was held on the purchase of a police “radio phone,” with a film being shown to the Board.  The radio cost $452, plus $25 per month service.  On January 1, 1955, Lower Allen Township became a Township of the First Class.  On July 5, 1955, L. W. Sorenson of the Highland Superette presented a request to the Board requesting 24-hour police protection due to stealing in and around his building after the police went off duty at 11:00 p.m.  Art Chenowith was hired as the 3rd full-time officer with a starting salary of $3,250.00 for 8 hours per day/7 days per week.  Chief Shay was also authorized to attend the Police Chief’s Association Convention and was given $100.00 to cover expenses.  This snapshot of the Department’s humble beginnings shows the evolution of the department into one of the premiere law enforcement agencies in Central Pennsylvania over the last 50 years.

The Department still maintains 24-hour police response to calls for service.  The agency CEO is the civilian Director of Public Safety, with day-to-day operations led and managed by a Police Captain.  The patrol section is led by a Sergeant with patrol squads working 12-hour shifts.  The squads are led by Corporals.  The Support Services Bureau is led by a Lieutenant who handles numerous ancillary functions, including oversight of the Criminal Investigative Division, consisting of a Corporal and two detectives.

Radios now cost an average of $2,500.00 a piece and each officer is assigned their own radio.  Vehicle computers now allow officers to conduct records checks, driver’s license and registration checks and enter calls for service in the field.  In-car video recording is the norm and costs for a fully outfitted patrol car exceed $40,000.

The Department is housed in the Lower Allen Township Municipal Services Center, just down the street from the original police station.  While we are still dealing with many of the same problems Chief Shay and Officer Long did in the 1950s, the size and scope of those problems has grown along with the population of the Township and the greater Harrisburg area.  Old problems of violence and vice take on new shapes as active threats and opioids take center stage.   Social Media has become a key component of communication with the community.  Expectations and demand for accountability are at an all-time high.

We are dedicated to continued service at the high level that has come to be expected of our agency.   As we move forward, we know that technology will change and societal expectations will change, but within that framework, our mission statement stands:

“The Mission of the Lower Allen Township Police Department is to enforce the law, protect the public, reduce fear of crime, and ensure the quality of life in our community by working in partnership with the public and providing professional and responsible service.” 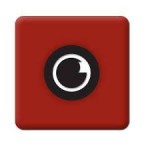